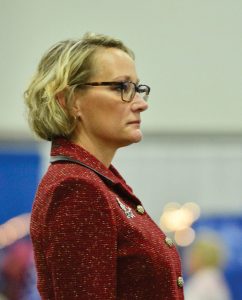 Remember when majors were big and fat and hard to win, but when you did win, you celebrated? Judges took their evaluation of the large entries seriously because in most instances there were many animals who were worthy of winning those majors. Puppies rarely prevailed because there was quality in the older classes. The shows (particularly the National) were enormous by today’s standards. Just 15 years ago, circuits boasted Doberman entries of 150 per day. The Open Black class often took over an hour to evaluate. We brought our chairs and a cooler and sat all day long watching, evaluating, learning and hoping to find that next star, sire or prospective litter. One photographer even carried a sign that read “FIVE BIG ONES” because when there was a 5-point major it was huge.

Gone are the days when breed judging lasted for hours. Majors have dwindled such that there are only three divisions out of fifteen where it takes double digits for a dog major in our breed, and in those divisions we require a whopping ten or eleven dogs! Even more pitiful is the number required to earn a 5-point major where only ten divisions require double digits for five points in dogs, and not a single state requires 20 male Dobermans to earn five points. In bitches the point scale is higher, but the hardest major to win in bitches is in Divisions 4 and 7 where the low limit is 17 for three points. In only three divisions does it take more than 15 bitches for a major, and in none do you need 20. Heck, in 67% of the divisions, a 5-point bitch major comes with fewer than 25 entries!

Where have the majors gone?

Yes, there are more shows to choose from, so by virtue of that fact alone, the entries get split between various locations thereby decreasing the point scale. Yes, there are fewer Doberman breeders, fewer litters, fewer registrations and fewer entries all around. But the burning question I have is when did it become acceptable in Dobermans for five or six dogs to constitute a major? In fact, I don’t think five or six dogs should be a major in any breed or in any state. Call me crazy or unrealistic, but when one breeder, owner or handler can bring the entire entry to make a major (and therefore a Champion), we are doing the breed and the sport a disservice.

I know, I know. The American Kennel Club has a formula and blah blah blah. Dare I say the formula needs revising, with more rigid parameters? With so much of what we see today being dumbed down, where participation ribbons are more important than winning ribbons, the AKC Championship is, sadly, no different.

We are promoting a sport where finishing mediocre animals is acceptable. It is better for a judge to give a poor specimen a blue ribbon than to withhold because the AKC doesn’t want to turn new people away. We don’t want to crush peoples’ dreams of owner handling their below average animal to its Championship. Whatever happened to the days when judges, exhibitors (hello… mentors!) would gently talk to people and explain why their exhibits were placing last in classes?

Piddly entries (in numbers and quality) enable great dogs to finish in a few weekends. Good dogs finish in a month or two. Average dogs finish before two years of age. If it takes four or six entries to make a major in males, the likelihood of a great dog being in the entry is pretty low. Most serious breeders hold their prize exhibits back for the big, meaningful shows (i.e. specialties, big circuits, National events). Then we have the crossover effect of single entries in one sex crossing over for the gift of a major. How sweet it is of these judges to simply grant a major to the minority sex because “majors are so hard to find.”

Here’s a newsflash. Majors are not hard to find, and they aren’t hard to win either when there’s only 5-8 dogs entered. And – they should be hard to win. Majors were set in place to prevent subpar specimens from finishing. However, in support of fairness to all, we are losing quality. The luster and pride once held in the Championship (and now Grand Championship) titles has become tarnished, and participation trumps competition once again. 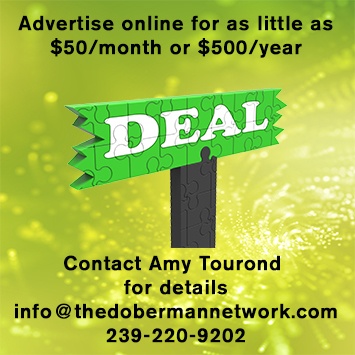