Ruby: An Instagram Sensation and a Tribute to Her Breed 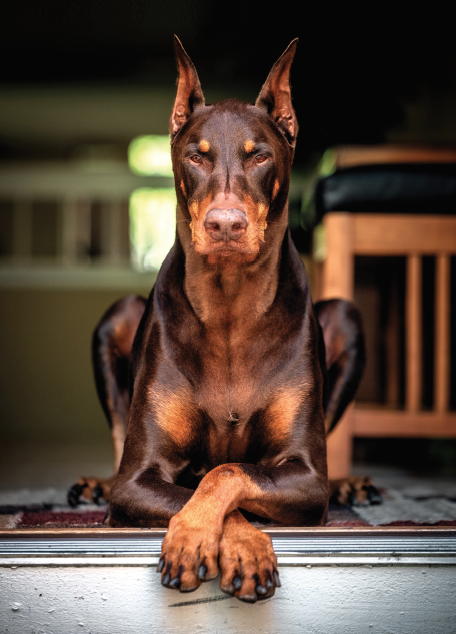 After Charles Lindsey and his family lost their first Doberman, Killian, at 5 years of age due to DCM (dilated cardiomyopathy), Charles looked around for Doberman pups and was referred to a small breeder, Judal’s Dobermans, in Novato, CA. Ruby’s mother at the time was not pregnant, but Charles and his family were put on a list for future puppies. Eventually, they had a choice between three females from a July 14, 2014 litter. Both of Ruby’s parents were Grand Champion dogs. Charles loved Ruby and her zipper nose from the get-go, but his family had eyes on another dog.

“The day we did the final choosing,” says Lindsey, “Ruby picked us. She was all over all of us and the rest of the family fell in love with her.”

Ruby was a rambunctious pup and the apple of Charles’ daughter’s eye. Alaina, then 13 years old, began posting pictures of her new puppy on her Instagram account. When she challenged her dad that she could get more Ruby followers than him, Charles decided to show his daughter that he could master social media. Little did his confident teen know, Charles’ photographic skill put him at a definite advantage. And Ruby seemed to side with her Doberman dad too. One day, Ruby was sitting in a doorway and posed with her paws crossed. This was the first tipping point. Her number of Instagram followers exploded. But Ruby’s second big break came when Snoop Dogg posted Ruby’s picture on his Instagram account and Ruby instantly gained 10,000 followers. Alaina didn’t stand a chance in beating those numbers. 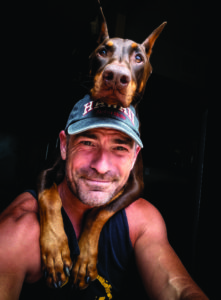 Her fame has led to some surprising developments. The Lindseys have received artist renditions of Ruby in the mail. A line of Crazy Rebel hand-crafted dog collars have been named after her. One woman had the dog’s image tattooed on her thigh. 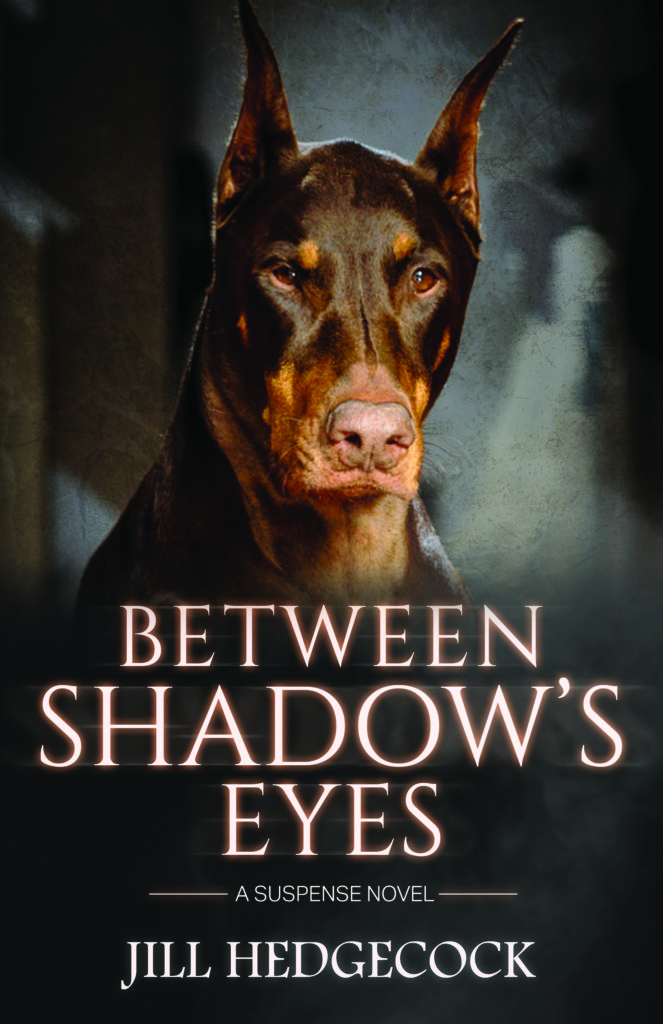 Lindsey was gracious enough to allow Ruby’s picture and name to appear in the logo in October 2017 when she became the icon for Jill Hedgecock’s monthly dog rescue column in The Diablo Gazette (www.diablogazette.com). The dogs depicted in Ruby Dooby Do to the Rescue have drawn attention to 25 hard-to-place rescues—special pups that are often advanced in age or have health conditions. Of the dogs spotlighted in the magazine, 18 are now in forever homes. One adopted dog had been in foster care for over two years. Ruby’s image also graces the book cover of Jill Hedgecock’s newly-released suspense novel, Between Shadow’s Eyes, that portrays the sweet nature of Dobermans and falls in line with Jill’s goal to de-stigmatize the breed. Ruby will also soon appear in a book trailer by Chasing Light Studios that is being filmed to promote the novel.

Ruby has done a fabulous job of dismantling the typical Hollywood image of the Doberman breed. As noted by John Walter in his Doberman Planet blog, “Famous Dobermans in Movies and Television: The Complete List,” the breed is often portrayed as vicious animals despite the modernday Doberman possessing a very friendly disposition. In the 2009 Disney movie, Up, Alpha spends a great deal of time baring his teeth. Worse, the 1978 American horror flick, Dracula’s Dog, depicts a Doberman pinscher on a killing spree in a national forest. The breed also appears in these well-known movies: Father of the Bride, The Other, First Blood, and Flags of our Fathers to name a few. A comprehensive list of movies that include everything from cameo appearances of a Doberman to major roles including foreign films can be found at (http://www.reeldogs. com/doberman-pinscher/). The best example of a more accurate portrayal of the softer side of the breed is in the 1946 movie, It Shouldn’t Happen to a Dog, where Rodney the Doberman is portrayed as intelligent, loyal, and lovable.

Ruby may not be showcasing the amazing physical attributes of her breed in a conformation ring or the athleticism that makes Dobermans ideal military and police working dogs, but this amazing girl and owner Charles Lindsey are throwing down the gauntlet to debunk preconceived notions about the personality of these beautiful creatures. 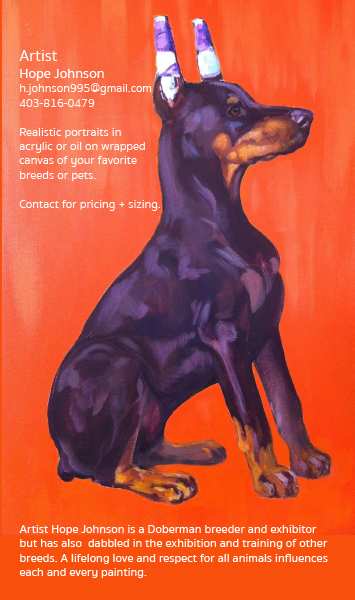