Part 1 of a Multi part series

Have you ever heard of the Texas Death March, as it pertains to dogs shows? This is a nickname given to the July Texas circuit (which actually starts in Oklahoma City in June) of Dallas, San Antonio and Houston. All of these are four day clusters, some being five if you attend specialties. The shows are all large by today’s standards and the days are long. Add in the extreme heat, and you have a recipe for exhaustion of dogs, handlers, owners, judges, AKC field reps and club workers.

Having just completed the January Florida circuit, which to my knowledge does not have a nickname, I can’t help but wonder why we (i.e. dog show par-ticipants) run ourselves and our dogs so ragged in this sport. In our innate quest to succeed and finish dogs, make the Top Twenty or be ranked in one of the all-breed magazine’s top dog systems, means that if we want to achieve these goals, we need to do what the others do. That means at-tending lots and lots of shows. This also means putting on a lot of miles and driving through the night, which for a tired driver brings up the issue of safety, but that is a whole other topic.

Consider that for 2020, all breed dog shows began on January 4th, and they will wrap up with the AKC Royal Canin National Championship on December 13th. There are exactly two weekends of the year where there are no AKC dog shows held – the last two weekends of December. If you are a handler competing for top rankings or simply trying to make a living, chances are you will be at an AKC show at least 45 weekends in the year. Take an average of three days per week showing, and that is 135 days of shows.

Compare this rigorous schedule to that of other sports. Only Major League Baseball plays more games per year (162) in a regular season than the AKC dog han-dler. The National Basketball Association and National Hockey League each play 82, and the National Football League plays 17. If you’re a golfer you could enter 37 PGA tournaments in 2020, and if you are simply excep-tionally talented and exceptionally healthy to be able to play and make every cut in those 37 consecutive week-ends, you could play 148 days, but no one does that!

I am not saying handlers do not want to work as most working people will go into the office 250 days a year. However, they will put in an average of 35 hours a week. The dog show handler’s day begins at 6 AM and does not end until 10 PM. They never get a day off, even when home. They must feed, condition, groom, bathe and care for their dogs 365 days a year. Wouldn’t it be nice if they only had to travel and show dogs 30 weekends instead of 40 or 50?

I understand the primary source of rev-enue for clubs and the AKC is entry money. However, there has to be a way to keep our handlers and dogs from be-ing exhausted while still promoting the core values of the promotion and bet-terment of pure bred dogs and breed-ing stock.

In its January/February issue, The Canine Chronicle published a very thought-provoking article “Too Many Shows, Not Enough Entries” by Wayne Cavanaugh. I would encourage every-one to read this article, as Cavanaugh puts forth a series of ideas to “fix” the system.

Some facts to consider from the above-mentioned article:

I won’t go through the framework proposal that is in Cavanaugh’s article, but I found his ideas extremely re-alistic and beneficial to the sport. I am curious to hear anyone’s thoughts on his article, and he also asks for feedback on his ideas.

Future articles in this series will discuss the AKC Grand Championship, the NOHS, How Political is Political, Judges’ Accountability to the Sport and more. Your feedback is always welcome! 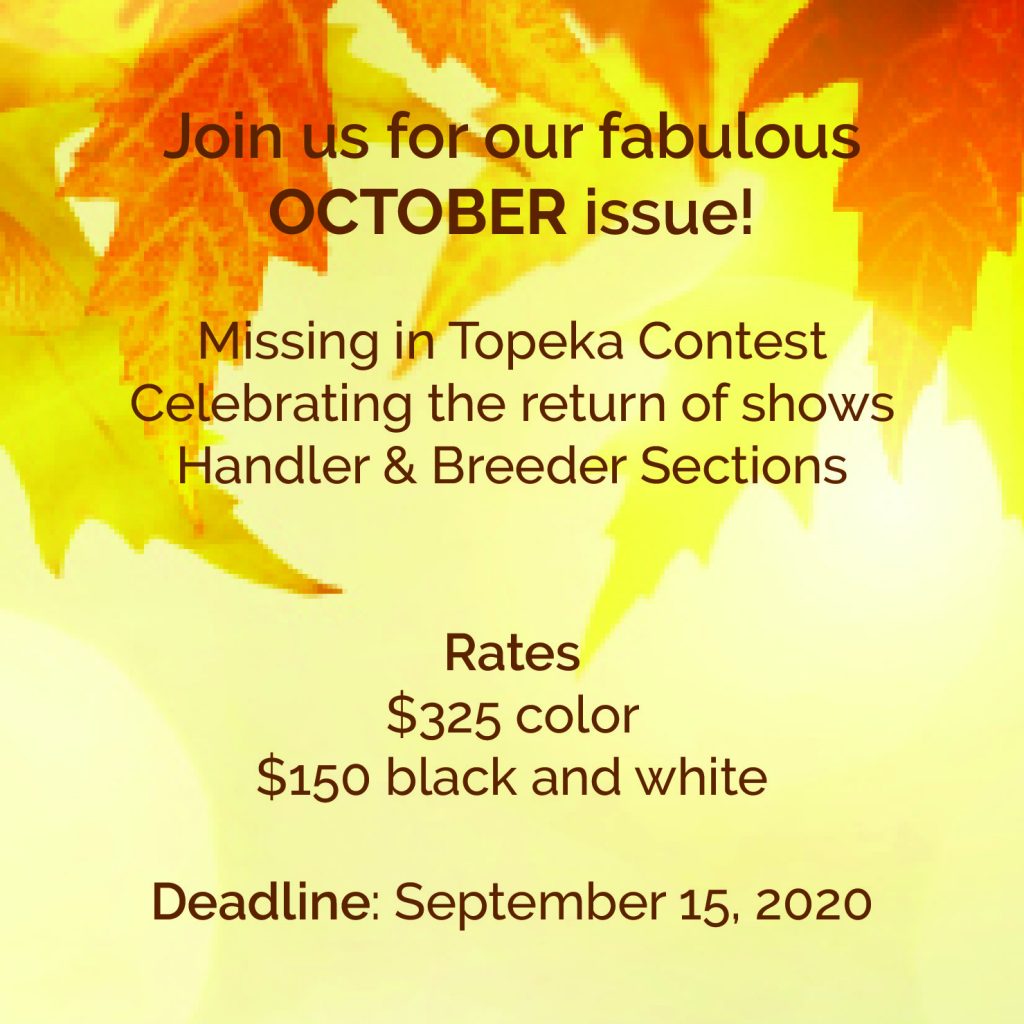