It All Started With A Kiss

IT ALL STARTED WITH A KISS

Picture of him kissing me

Anyone who follows dog shows knows “Superman”… he was a DPCA Regional, MBIS, MBISS winner, multiple year Top Twenty participant and sire of a Top Twenty Winner in a year he competed.  A multiple BIS producer he is considered a top producer in the breed. While I was his partner in the ring and I have tremendous pride in his career record, it truly is “Steel” the dog I loved and miss so poignantly every day!

Tim brought him to me. I thought he looked nice and asked to take his lead.  When I got the lead in my hand and looked down into this dog’s eyes it was like we both felt something electric.  He perked right up and gave me goosebumps as I put him through his paces. I was SO excited, I could hardly wait to call Cheryl.  Philip Martin is the best trainer in the business, and I knew with his foundation of raising Steel that I could reach for the stars.  We watched the short clips at dinner a little later that evening, reaffirming I saw what I had felt.

Throughout Steel’s entire career, he came to be that dog who could make every person who saw him in the show ring experience that electricity.  This was to be the beginning of a grand career, joyful for many and a lifelong partner in Steel for me. It was a great turning point in my life.

There are not enough adjectives to describe my gratitude to Tim Stone and Cheryl Green for allowing this magnificent dog to live his life with my husband, Vance, and me.  As many know, Vance had been diagnosed with his second and most serious cancer. Steel had only been retired for a couple of months at that time.

Plans were made and we drove to meet Tim.  Steel was disgruntled when we picked him up in Tennessee.  It was as if he was mad I had sent him home. However, within days of returning to Kentucky, Steel was back to the dog I knew and loved.

My black and white Pointer bitch, Design, many years Steel’s senior, engaged in a beautiful reunion upon his arrival.  Seeing both of them running the fence line with pure joy on their faces was a delight to watch. Until Steel’s death, he and Design were inseparable and did not tolerate being without each other.  As such, I had to leave them both at home when I no longer had room in the truck. I remember when I would return, Steel was happy to see me; however, after a brief hello, he would return to his room and then ignore me for a few days.  This was his way of letting me know he loved me, however, I was on the Steel “you have been naughty” list!

When we lost Steel, Design was so devastated she was hospitalized for over a week. I had two animal communicators work with her before she would re-engage with life.  As I write this we are blessed to still have her, even on what I know is borrowed time as she will be 14 in April. I do know when that time comes, there will be a beautiful reunion between Steel and Design!

Steel was the most loyal of companions and with great Doberman dedication, he guarded the trailer, the hotel room and our home.  He remains the only dog I have ever taken through the WAC, being concerned that *I* would let him down. Steel was just so amazing that it reaffirmed what a solid temperament he had.

When he returned, Steel knew things were stressful and he would go out of his way to snuggle, make me laugh, or push me to throw the ball for him.  While Vance was enduring his treatments, throwing the ball with Steel was a source of pure delight for me. He had become our rock! However, when Steel started to become less tolerant of playing ball, I knew something was wrong.  Even with multiple ultrasounds, I still knew there was something, and yet we saw nothing until that fateful day.

Anyone who knew Steel or has a puppy by him understands his LOVE of sleeping upside down.  Below, not sure who was copying who……. As I looked for home pictures of him it was apparent the majority were in the upside down position with different looks on his face…. Truly his happy place!

Once Steel settled in at the new house he made Vance take him out each day to play ball.  They became great friends and Vance would lock up his beloved cat so Steel could come into the rest of the house.  Steel was a champion squirrel, rabbit and if possible cat killer. Since he had these proclivities he spent the majority of his time in my office which is also the dog room.  Periodically, he would take something off my desk and destroy it just to remind us he was a tad devilish… His prey drive was immeasurable and it is a shame we never pursued a lure coursing title with him.

Steel was an awesome companion!  You could throw him in the car to do errands, run to the barn or do the daily Starbucks run.  He was just happy to be. I remember running him around the corner to PeWee Valley to breed a bitch and upon returning home I turned him out in the front yard.  He dusted up a squirrel so fast I couldn’t grab or stop him, he ran right into a tree and knocked himself out. I didn’t realize at that time he also ended up losing a tooth.  We never came back without checking the yard for fur again. Everything he did was with great gusto.

Steel brought so much joy into my life with his presence.  He also brought so many people into my life through his stud career.  Everyone was great as I would never breed him at home as he was our house dog.  He was bred at the clinic where they loved him. Since he had a true Doberman temperament I never left anyone unattended with him except Lynn (handled his breeding). He was tough.  There were such lovely bitches and Cheryl did a good job of protecting his reputation. Now, more than ever, I am so grateful he has such beautiful get who will carry on his legacy.  When the time is right I hope to have something from him.

I am so very thankful I happened to be home when he crashed.  I cannot believe how hard it was but thankful to the Universe for the ability to hold him until the end.  I am not sure I could have forgiven myself if I hadn’t been there for him as he was for me. Those who have bred to him or have puppies will understand how very smart, intuitive and loving his puppies are.  His legacy is not only who he was as a family dog, first to the Stones and then the Smiths but all the wonderful puppies carrying on for him.

2019 was a year of huge losses for the Smith family, first Macci, then Steel and then Sterling.  It was unsettling as each was so special but Steel lived for me and it is a struggle without him.

Thank you to ALL who loved him. 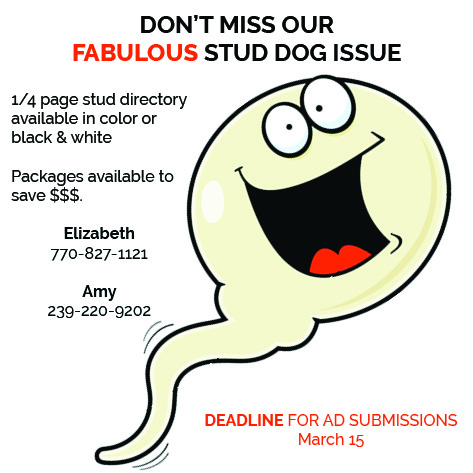