As fate would have it, a new study on Fading Puppy Syndrome (FPS) appeared in my inbox a couple of weeks ago, just in time to include in this annual Puppy issue. As a breeder I have lost my share of puppies to FPS over the years, watching helplessly as these puppies lose interest in nursing, become listless and die despite your heroic efforts. Most of the material below is cited directly from this study titled, “Developmental intestinal microbiome alterations in canine fading puppy syndrome: a prospective observational study.”

For those not familiar with FPS, it affects up to 30% of litters with most deaths occurring in the first seven days postpartum (PP). Mortality rates are nearly 100%. Several causes of FPS have been purposed and range from bacterial or viral infections, failure of passive maternal immunity transfer, internal parasites, poor mothering, and lack of or poorquality milk. It is possible that all of these are causes of FPS, with infections and septicemia following prolonged or difficult delivery being responsible for the majority of cases.

There is an ever-growing field of study of Gastrointestinal microbiomes (microorganisms specific to the digestive environment) and their effect on the health of the individual across species. Because of similarities between FPS and other specie disease processes such as necrotizing enterocolitis in preterm human infants, the study of microbiomes is an important component of the global One Health Initiative. In mammalian GI tracts the individual’s microbiome provides nutrition through the breakdown of food, modulates the immune system and aids in the defense of intestinal pathogens. Each microbiome includes proverbial “good” and “bad” bacteria, ideally in a state of balance that promotes optimal health.

The study I received included 165 puppies, whelped during all four seasons of the year from breeds such as Border Collies, Shih Tzu, Pembrokes, Aussies, Jack Russels, Corsos, Cavaliers, German Shepherds and Bernese Mountain Dogs. Only one litter was delivered via c-section, and according to the breeders all dams displayed good mothering instincts.

Supportive treatment for FPS puppies occurred either at the location of the litter or at a veterinary teaching hospital. Methods included tube feeding, correction of hypoglycemia (either under the tongue or IV), fluid replacement via lactated Ringer’s solution, warming, oxygen, antibiotics and probiotics.

At the heart of the study, rectal swabs were performed on 63 puppies at Day-1 PP and Day- 8 PP. Reasons for excluding puppies included stillborns, those dead within 24-hours PP, those fed with milk replacer, those treated with antibiotics, or those with congenital defects or trauma.

The analysis of the Day-1 PP swabs showed distinctive differences in the microbiomes of puppies that later succumbed to FPS as compared to their healthy counterparts.

The FPS puppies had:

The authors of the study state the need for continued study of larger numbers of puppies, necropsy of all puppies from FPS suspected deaths, as well as detailed testing of the microbiome of the dam, her skin, GI, milk and oral secretions- all of which transfer to the puppies to help establish their own microbiome. But the study suggests that Day-1 PP rectal microbiome composition is highly predictive of FPS and subsequent death. Giving the promising results using fecal microbiota transplantation studies in humans (transplanting fecal matter from a healthy donor into the colon of an unhealthy recipient to correct the microbiome balance), the findings suggest that alterations in the intestinal microbiome of FPS puppies may serve as a future potential therapy.

It does my heart good to think there could be a day when we can easily test all newborn puppies to identify those at high risk for FPS and treat them successfully.

For those interested in reading the entirety of the peer reviewed study it was published in the open-access Nature Partner Journals, Biofilms and Microbiomes, available online here. Thanks for inviting us into your home, 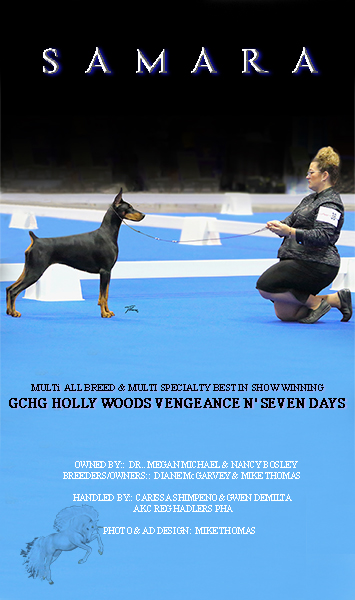