Today is the day! Greg’s long awaited, much anticipated purchase has become a reality. After months of searching, researching, saving, begging, and basically driving me crazy with “JEEP talk” Greg has his toy.

I am fortunate to have a husband that doesn’t want much in terms of man things. He’s a pretty basic guy, which allows me to be much more spendy on girl things, but enough about that. However, when Greg decides that he wants something, he gets rather laser focused and even a bit obsessed. If I have any objections, he has answers to change my mind. If I am vehemently opposed, he wears me down like a child asking Santa for a puppy.

Once we jointly agreed that a JEEP Gladiator would be a suitable replacement for Gus the Tacoma truck, the hunt was on. We test drove several different models from Willy’s to Overland and everything in between. My only request was for leather interior in NOT black. I really didn’t want a black, gray or silver exterior either, but was willing to cave if that was what Greg wanted. After agonizing about the color, we agreed that military green with beige interior would make us both very happy. However, when we went to look at the vehicle, we realized JEEP changed the green, and neither of us liked it any more. Our next choice was snazzberry exterior with beige interior. We knew we loved that combo, so just went online and built the JEEP we wanted. Unfortunately, JEEP was no longer making that color either. We were bummed!

Greg, being his laser-focused self, set out to find a snazzy vehicle. Our salesperson at the local dealership really didn’t want to work for us and secure a sale, so Greg took matters into his own hands. As luck would have it, he found the exact vehicle we had tried to build at a dealership two hours away. Once negotiations were complete and we secured some rarely offered rebates, the purchase was finalized.

The first order of business was to come up with a name. We are funny like that. Everything has a name. For example, our mango tree is named Peach; our lawnmower is Samurai; my vans have been Vannah, Mia, Friday and Blueberry; Greg’s computer is Frances, and so on and so on and so on. What on earth could we name the JEEP? The obvious choice was “Snazzy,” but it didn’t feel masculine enough. Greg was really agonizing over this decision, and taking it very seriously. We consulted with our good friend, Ash, and her creative juices threw out all of her dogs’ names. No help whatsoever! We thought we had settled on “Rocky” at one point, and then it came to us…. a tough name that would tie into the reddish exterior. DEXTER it was!

Greg is in love, and now the journey really begins. He is already ordering a lift kit, bigger tires, a new bumper, roll bars, and creating a Christmas list. There’s something about a boy and his dog, but now this boy has his dog and his JEEP. Just don’t expect him to do that wave or collect rubber duckies. 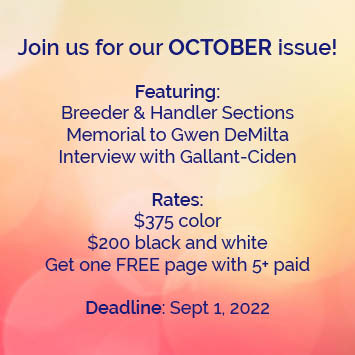